The circle has closed: Flanders embryos are jumping in UAE

Auctioning embryos in the Emirates to see them again later in the showjumping ring. In a few weeks the first 5-yr-old showjumping horses will appear in the ring in Sharjah, where they were auctioned in 2017 by Flanders Embryo Auction. “You could say that the circle has closed”, confirm Gerald Lenaerts and Luk Van Puymbroek. “This is what we are doing this for. We are looking forward to see them under saddle.” That opportunity will arise in the first weekend of February, for that is the date of the next embryo auction.

Saturday 5 February
After an interruption of one year because of Covid-19, the team from Flanders Embryo Auction will fly to Dubai for the fifth time and travel on to the Sharjah Equestrian & Racing Club. The auction will be held during an international showjumping weekend on Saturday 5 February at 18.30h local time (GMT+4), 15.30h CET

World Cup mares
The anniversary is celebrated with an impressive collection of 20 unborn showjumping foals. “Three embryo’s are from mares that have won a World Cup Qualifier and one is from a mare who became runner-up in a World Cup. That is unusual”, says Gerald Lenaerts.

“Two of those are even provided by the club in Sharjah”. These are a Chacoon Blue out of Chacharel (Coltaire Z), who won the 2016 World Cup Qualifier of Dubai with Sheik Ali Abdulla Al Qassimi, and a Conthargos out of Cha Cha Cha 7 (Chacco Blue), winner of the World Cup Qualifier in Sharjah 2019 with Abdullah Humaid Al Muhairi. In addition Cha Cha Cha was in the winning team of the small Nations Cup final in Barcelona. “Two very good mares that, after their sport careers, were flown over to the Netherlands where the embryos will be born. Never before was any product of these mares for sale.”

The third World Cup winner is Donatella N (Vigo d’Arsouilles), her product by a Chacco Blue will be auctioned. Donatella N jumped at the highest level under Nicola Philippaerts. Ciske van Overis (Celano), second in a World Cup with Edwina Tops-Alexander, produced an Emerald now for sale.

Grandams Liscalgot and Rinnetou Z
Another interesting one: the Chacco Blue out of the 1.55m Grand Prix mare Calgot Pleasure (For Pleasure), a daughter of Dermott Lennon’s WEG champion Liscalgot. And what to think of a Heartbreaker, whose grandam was the famous Rinnetou Z (twice at the European Championships with Piet Raijmakers) or a Mylord Carthago out of Hickstead winner Babylotte (Dollar du Murier). There are also several embryo’s out of mares that have already produced one or more 1.60m Grand Prix horses. 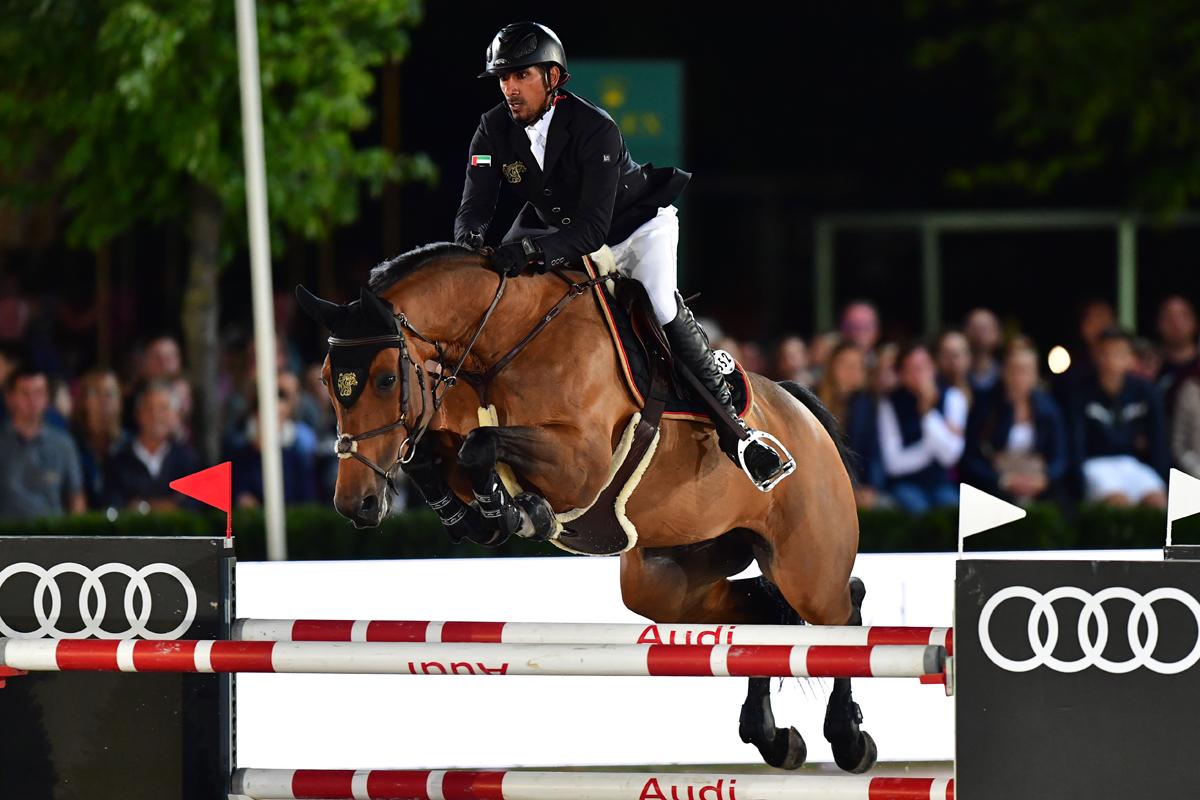 An embryo by Conthargos is bred out of the GP mare Cha Cha Cha 7 (Chacco Blue), ridden by Abdullah Humaid Al Muhairi (photo)