In Germany almost all foal auctions are organized by studbooks and there are a lot of them. With such a schedule, is there still room for the Flanders Foal Auction on German soil? Last night we got the answer: yes! At the stylish accommodation of Holger Hetzel in Goch 20 foals were sold on Saturday 23 July. And when the sun was set, the last foal Wyomi van de Berghoeve (Chacco Blue x Goethe) out of the dam of Sterrehof’s Ushi (1.60m Grand Prix) changed hands for the top price of 38,000 euro.

With an average price of 20,450 euro also this Flanders Foal Auction can be called a success. There was a lot of online buying and by telephone, but also on the spot there were people that had not yet before bought anything at Flanders. Nine foals go to Germany, the rest to Canada, Mexico, Poland, Sweden, Italy, France, Switzerland and Belgium.

‘I never buy foals’
Even Holger Hetzel bought three, including Empress Zoetendaele Z (Emerald x Chambertin) with his investment bureau, for 20,000 euro. “I never buy foals”, he says with a grin. “Never! But foals make people crazy. It is the atmosphere. Everything fell together: Good weather, a good accommodation, great people, good foals. Everybody was in the mood. I saw people from around here buy foals for more than 25,000 euro which I had never expected that they would.”

Most expensive foals
The atmosphere was great and even a group of youth riders could have a party after a purchase. Auction topper Wyomi van de Berghoeve leaves for Switzerland. For 33,000 euro Chivas de Nuze Z (Casall x Heartbreaker), half-brother to two 1.60m Grand Prix showjumping horses, was knocked down and will move to France. Eagle Z (Emerald x Cornet Obolensky) from the damline of Centa de Muze went for 30,000 euro. Chacco’s Champ (Chacco Blue x Echo van ’t Spieveld) out of the daughter of Geena (1.55m GP) was sold for 25,000 euro. Esmee ter Heide Z (Emerald x Clinton) from the damline of the top GP stallions Coupe de Coeur and Russel received the winning 24,000 euro bid.

Professional public
“I believe they were very realistic prices. Do not forget that this was a very professional audience that hopes to make a profit on the foals in the future”, says Holger Hetzel. “I see good growth possibilities here for Flanders Foal Auction. I compare it to my own auction, fifteen years ago. It was hard work to find the horses and the clients, but now the train is running and everyone wants to jump aboard. From all sides horses are offered or they want to come to the auction as buyers. It is the same with my shows. We received 240 entries for the young horse show in two weeks time, 400 next year, I think. I foresee that next year even more people will come to this auction.” 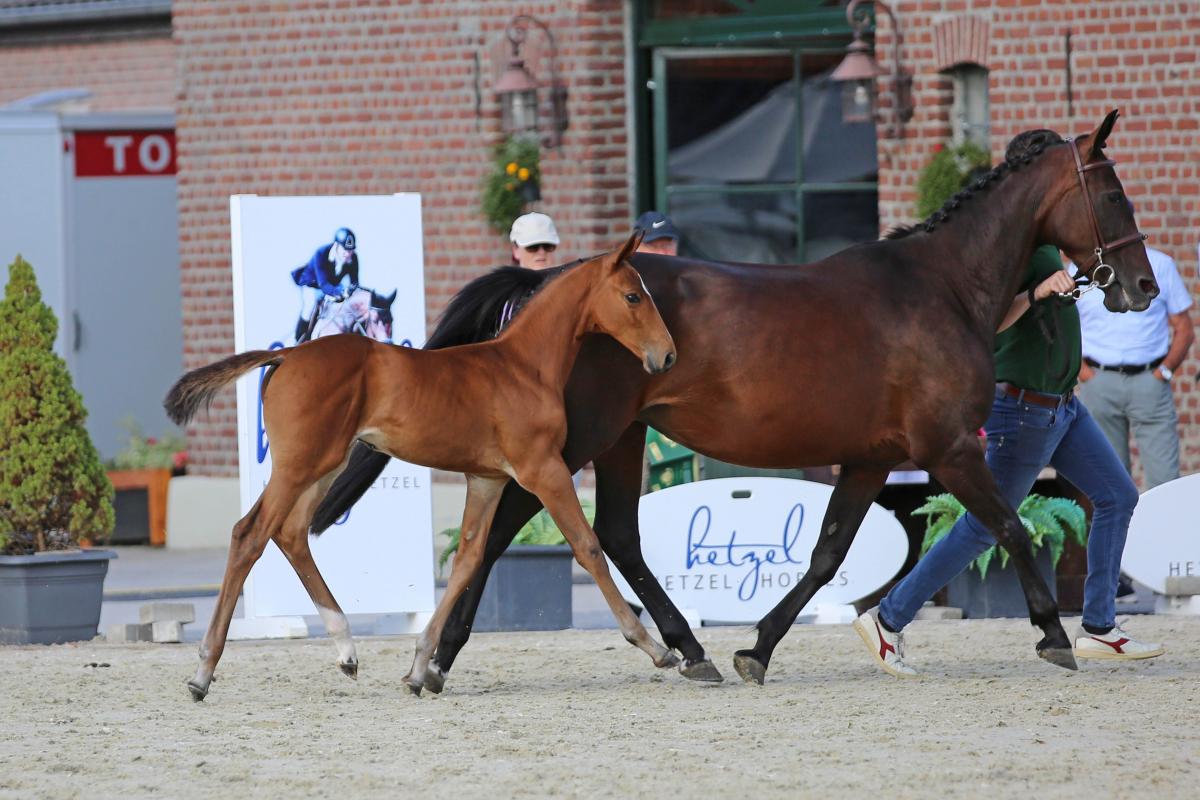 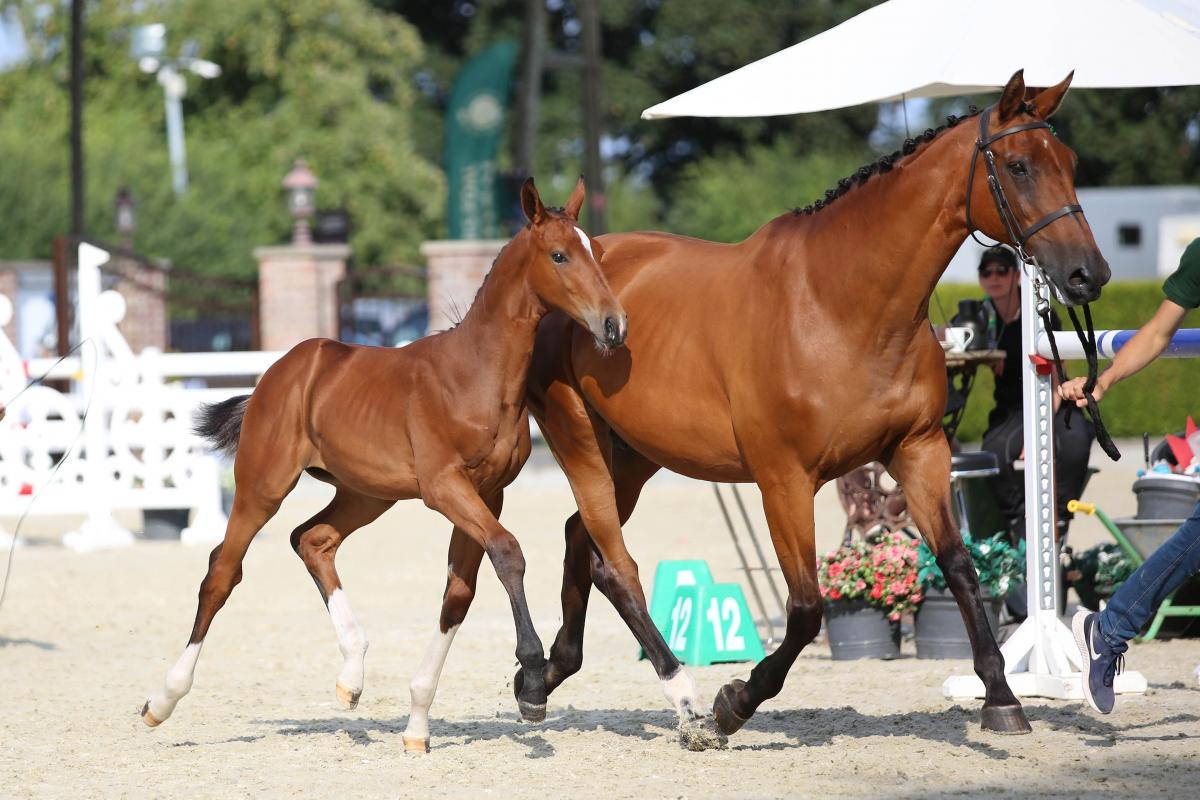 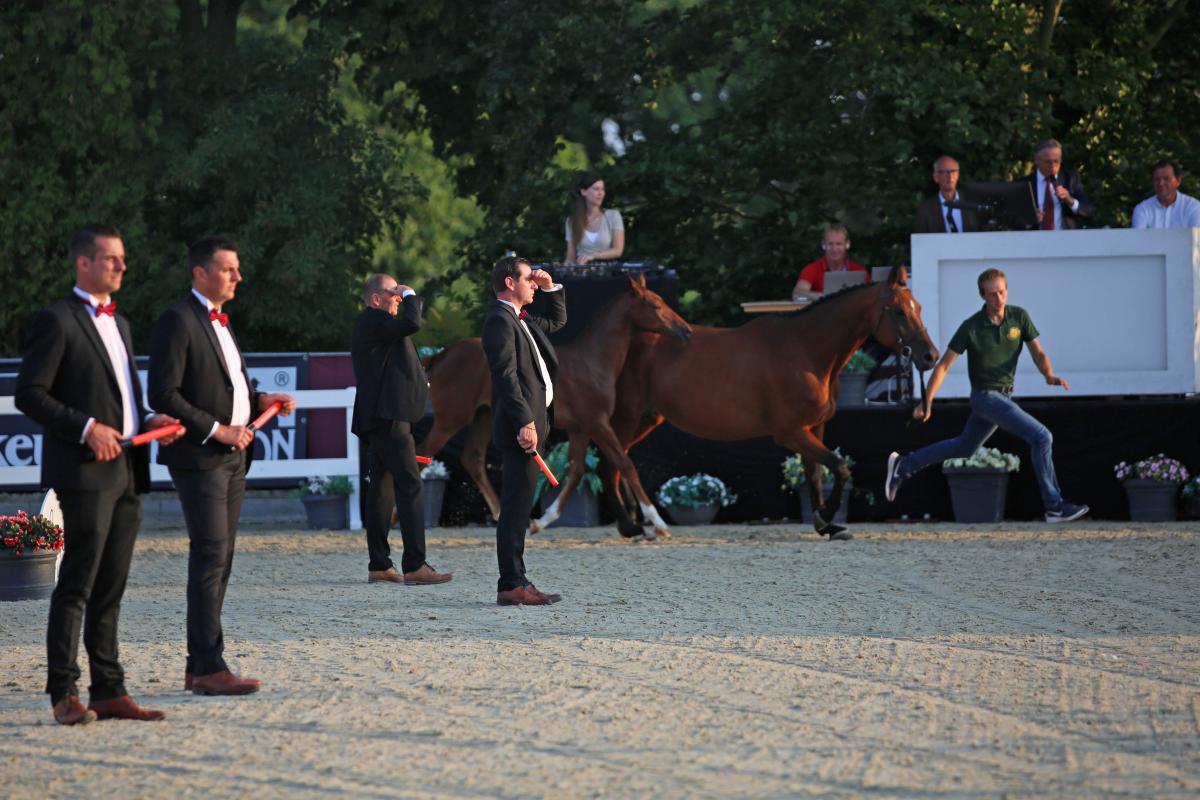 Bright sunlight made it hard for the spotters 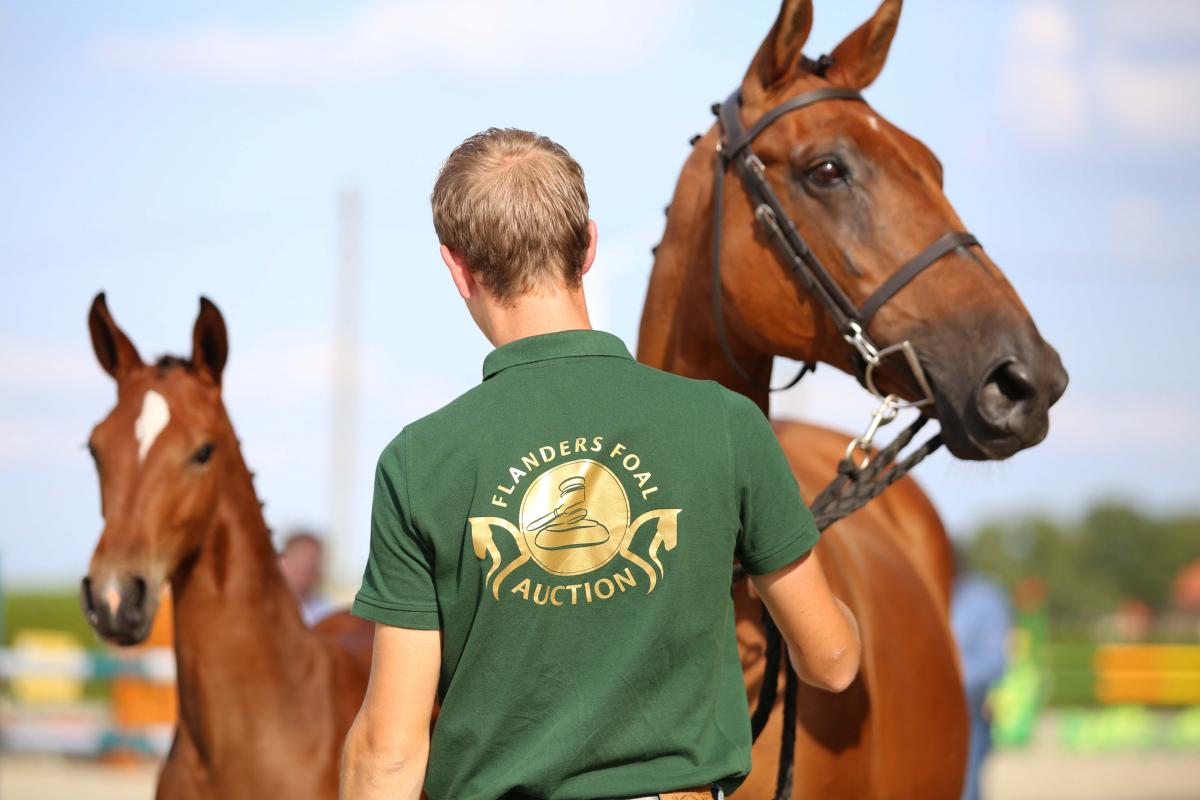 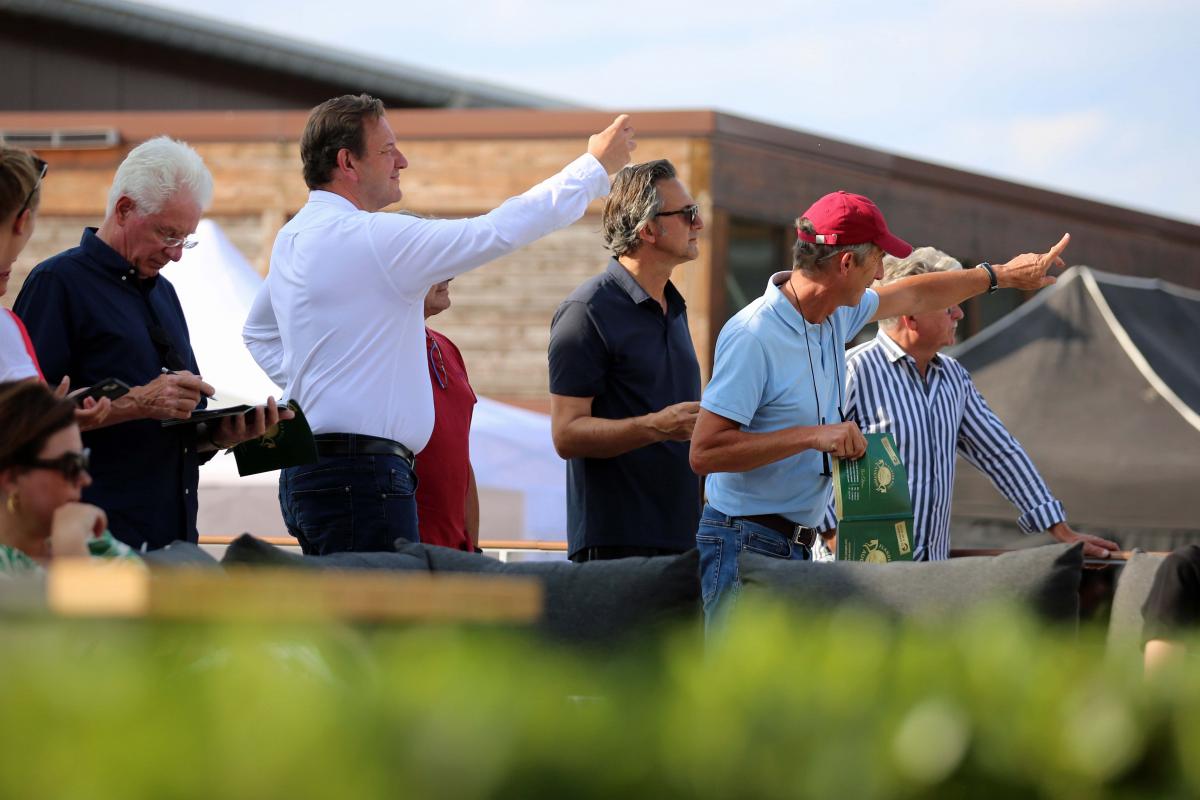 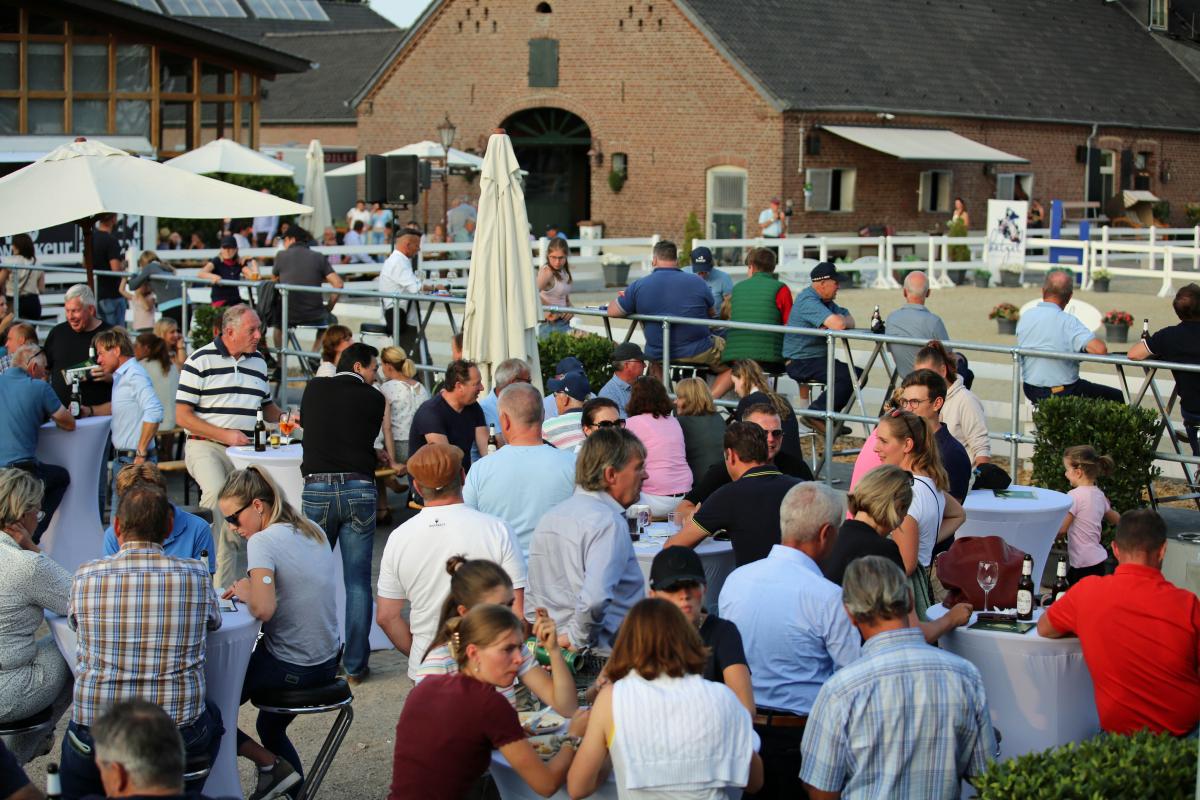