The fact that the demand for interestingly bred jumping foals with an excellent conformation, athletic movements and charisma is still high, was again proved on Saturday 13 August at Flanders Foal Auction. Choco van de Berghoeve (Chacco Blue x Andiamo), half-brother of the medal winning machine H&M All-In, was sold for 72,000 euro and 33 of the 37 jumping foals went for an average price of 29,333 euro.

Who are the buyers at Flanders Foal Auction? One look at the buyers list shows that they are mainly international showjumping riders and studfarms that come shopping. And whoever paid close attention at the beginning of the auction could get something special for amounts of 13,000 to 15,000 euro. In view of the high expectation value of the foals because of their Grand Prix ancestries it is still an interesting investment. Both for the sport and/or the financial side. And that sort of offer will attract very diverse buyers.

Five to Brazil
There were nine online sales and the rest was sold on the spot at Sentower Park. Brazilian riders and breeders - some of them came to Europe on a ‘Breeders Tour’ to upgrade breeding in their own country - took their chances. In total they bought five foals, including Utah van het Oosthof Z (Untouched x Diamant de Semilly) out of the full sister of Emerald van ’t Ruytershof for 40,000 euro.

Half-brother H&M All-In to Poland
There were Polish clients who bought Choco van de Berghoeve Z on the spot, the half-brother of Peder Fredricson’s golden H&M All-In. Moving to Germany are Corazon de Grandia Z (Chacco Blue x Heartbreaker) out of a 1.45m level mare and a 1.60m Grand Prix grandam for 46,000 euro and Ever so Clever van Overis (Emerald x Celano) out of the 1.60m Grand Prix mare HH Ciske van Overis.

An 11 for Flanders!
In total 26 foals went for 20,000 euro and more and breeders and new owners went home euphorically. Also, the Belgian resident showjumping rider Alessandro Scroccaro from Italy was very happy with his newly purchased Centauer Z (Cumano). “That is one that I will later train and develop myself. Flanders is a wonderful auction. If I had to give them a mark for professionalism and hospitality on a scale of 1 to 10, this team gets an 11!”

What’s next?
Friday 19 August the program continues with the 2nd Flanders Embryo Auction in Dublin. “With a collection we had not dared dream about”, reveal Luk Van Puymbroeck and Gerald Lenaerts. It will be online on Monday! 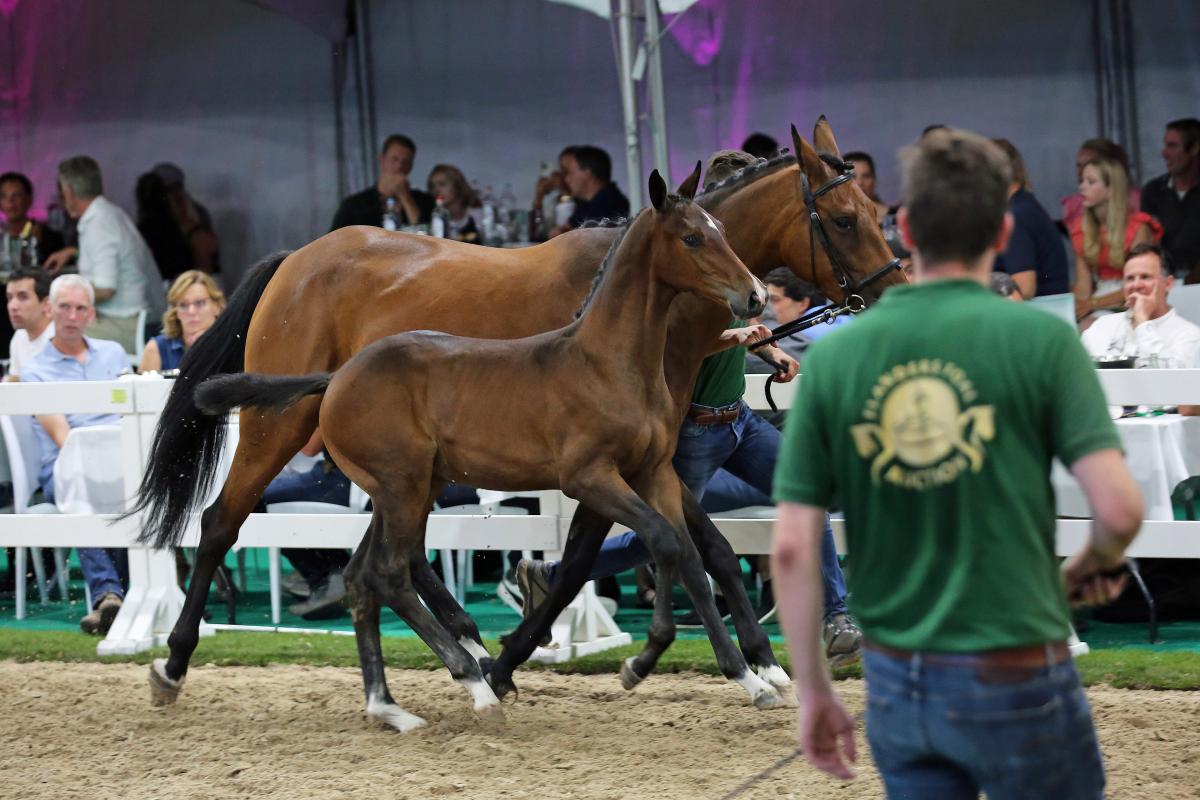 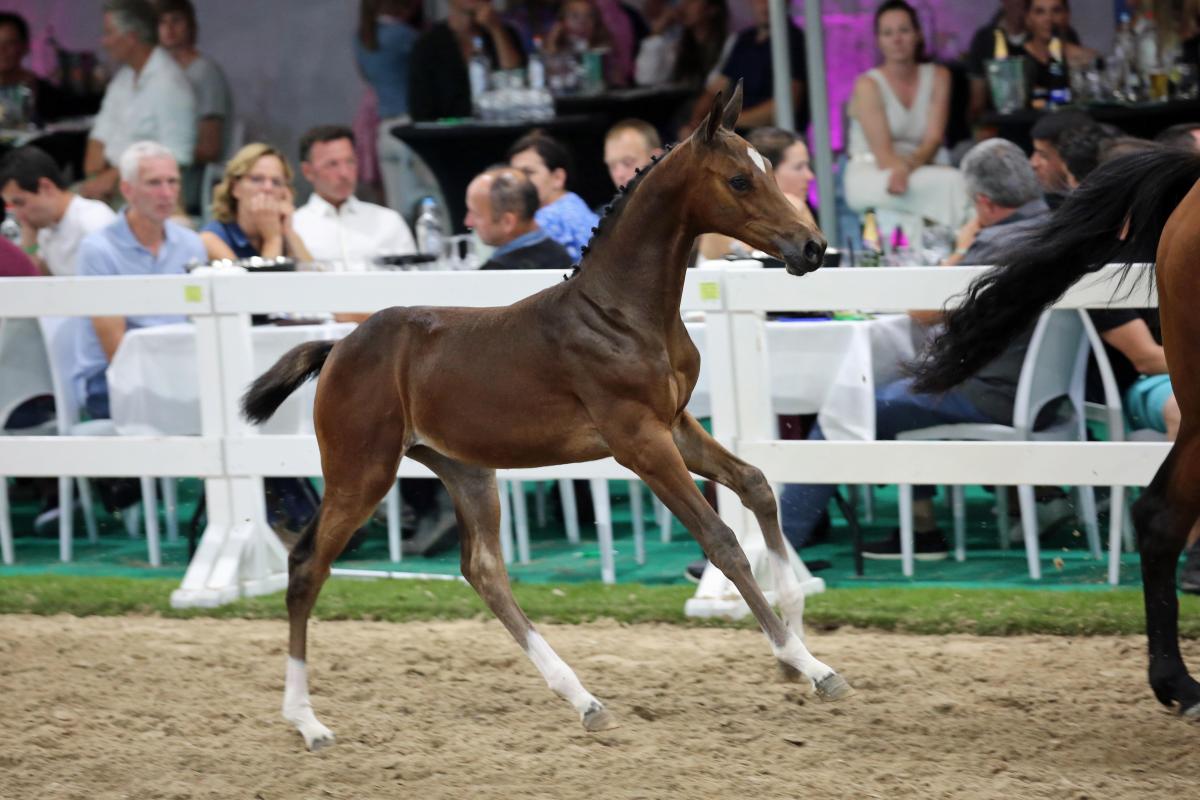 The filly Highway Z (Heartbreaker) out of the damline of Centa de Muze is sold for 60.000 euro. Photo Wendy Scholten 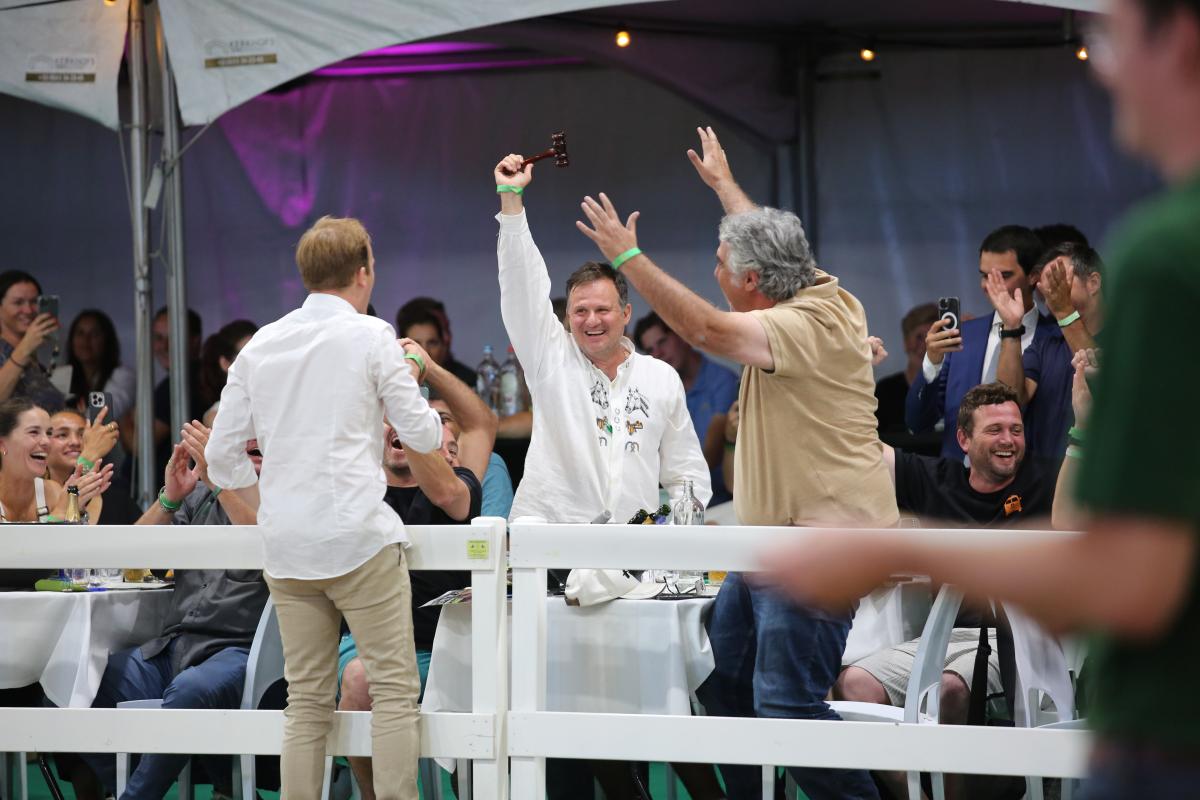