Flanders auctioned Chacco Blue out of sister to Emerald for 60,000 euro

Flanders Foal Auction enjoyed, literally and figuratively, a spectacular ending of the foal season. In the fourth and last foal auction at Sentower Park in Opglabbeek the last foal was sold for 60,000 euro. That was not really a surprise, as Chacha van het Oosthof Z (Chacco Blue) is a filly out of the full sister to Emerald van ’t Ruytershof. She was in high demand and after a long bidding duel on the spot, she ended up as the property of an American owner.

After the average prices of 24,143 euro (Peelbergen), 20,450 (Holger Hetzel Stables) and 29,333 (Sentower Park) scored earlier this season, the high price level was maintained with the average of 22,714 euro. Of the 36 foals in the auction 35 were sold. There was plenty of online bidding, but only five online sales and three by telephone. The rest of the foals were taken by buyers on the spot. Remarkable was the high number of Belgian investors, who managed to keep as many as fourteen foals in their own country.

Sentower Park-owner Laurens Meynaerts was pleased with the strong auction. He bred Chacha van het Oosthof Z, together with Kris Donders, out of Jenna van ’t Meulenhof. He also sold Quanta Qosta Z (Quel Homme de Hus) for 22,000 euro, a colt he had purchased earlier this year at the Flanders Embryo Auction.

High prices
There were seven foals that were sold for 30,000 euro or more. The filly Chac Landa Z (Chacco Blue x Calvaro Z), a half-sister to the stallion Zambesi TN, was claimed by a Dutch owner for 42,000 euro. The colt Wargos Ter Putte (Conthargos x Diamant de Semilly) will remain in Belgium for 40,000 euro.

12 November embryo auction
“We can not but be very grateful to the breeders for their contributions, the confidence of the buyers and the efforts made by all the people that offered us their assistance. It has been a great foal season, but we are not done yet with our auctions this year! On 12 November an embryo auction is planned for Tuscany, Italy”, say Luk Van Puymbroeck and Gerald Lenaerts.

The embryo auction will take place on the impressive vinyard il Borro, for which an arrangement can be booked from Friday 11 to Sunday 13 November. This event, covering several days, is expected to be a sensational occasion. A weekend out, spent in a unique setting, with delicious dinners, a wine tour and on Saturday-night the auction with a gala dinner, concluded with a festive party.

Click here for the program.
Bookings can be made via www.ilborro.it 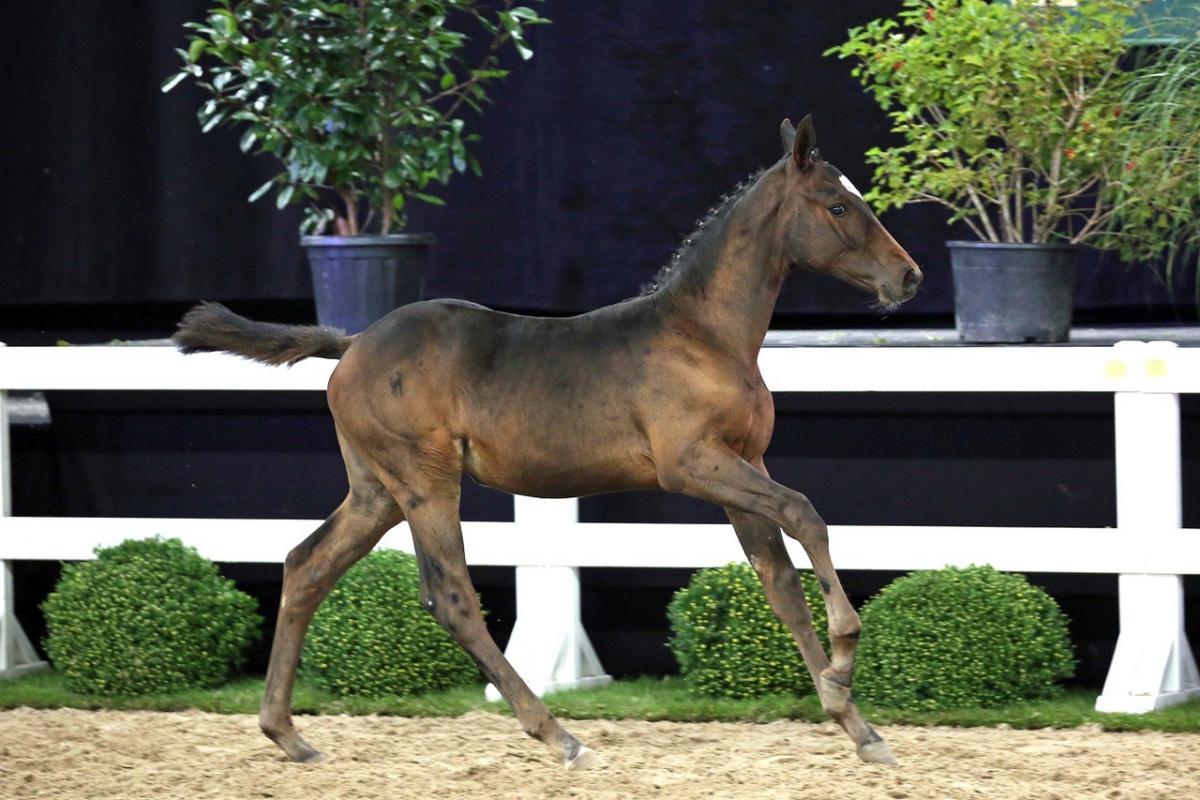