Flanders’ auction year 2021 starts with a different approach. No live audience embryo auction as planned in the United Arab Emirates and Ocala (Florida), but a Flanders Embryo Auction from a live (TV) studio, in Belgium, on Friday evening, February 19. The Dutch chef d’equipe jumping Rob Ehrens will - as a special guest - judge and auction sixteen unborn foals together with internationally esteemed auctioneer Louis De Cleene.

That way both organizers Luk Van Puymbroeck and Gerald Lenaerts have found a nice alternative for breeders and their customers worldwide. “As much as possible we wanted to stick to our usual concept, which means: live auctioning with a live audience. This is no longer possible due to Covid-19. Therefore we sell online without being a typical online auction. People will really enjoy watching our show. A lively atmosphere at home will be guaranteed. As usual broadcast will be realized by ClipMyHorse.”

Start on Wednesday
Flanders Embryo Auction starts on Wednesday, February 17, allowing potential buyers to bid online already. On Friday evening, 8 pm CET, Louis De Cleene will auction the embryos one by one, in website sequential order. Bidding will then be possible either online or by phone. The foals are expected to be born between March and the end of June.

The Roosakker and Qerly Chin (de Muze) bloodlines are again part of the auction, and there are some new damlines. Four unborn foals descend from Grand Prix mares.

We are talking about the Chacco Blue x Vigo d’Arsouilles : damFunky Music jumped 1m60 with rider Ann Carton-Grootjans, and Funky Music as well produced two 1m60 horses, one of them El Torreo de Muze.  Then we have the Darco x Cornet Obolensky: dam Arian jumped 1m60 with rider Davide Kainich. Also there is the Kashmir van ’t Schuttershof x Indoctro: dam Vayana jumped 1m60 with rider Valentina Isoardi. Number four is the Eldorado van de Zeshoek x For Pleasure: dam For Calido was a Russian national champion and winner of the World Cup in Moscow.

We also have embryos for sale from mothers which already produced Grand Prix horses or which are a Grand Prix horses’ half sister, such as the Heartbreaker x Cassini I (mother also known for PSG Final with Cian O’Connor) and the Chacco Blue x Balou du Rouet (mother produced Zangersheide sire Comilfo Plus Z and 1m50 jumping horse Cobalou). Our selection is impressive. 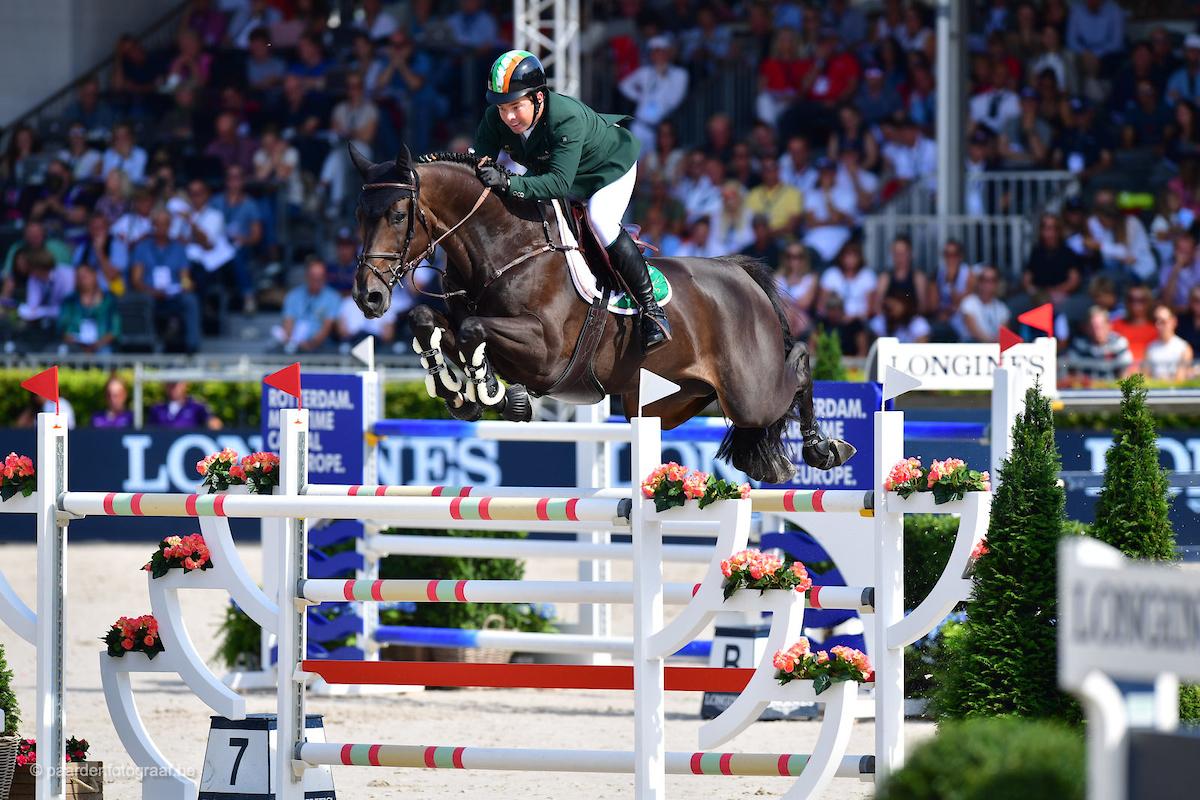