Even without live audience an average 20.000 euro per lot for Flanders Embryo Auction

What had Luk Van Puymbroeck and Gerald Lenaerts been expecting from the new look - studio live - Flanders Embryo Auction? Both organizers hadn’t even dared to make any predictions ahead of the auction. “An average amount of € 15.000 per lot would be great”, both Luk and Gerald assumed. But on Friday evening it appeared that Luk and Gerald had been far too cautious. Fourteen of the sixteen unborn foals were auctioned for an astonishing amount of € 282.000, which means € 20.143 on average.

“Absolutely fabulous.” Both auction organizers sounded carried away. “This collection should have been auctioned in the United Arab Emirates, but even there a live audience wouldn’t have been allowed. For that reason we were forced to stay in Belgium. A sheer online auction has never been our intention. Potential buyers had been able to put bids already on our website in the two days before the auction, but tonight was the real thing and they were ready waiting for the final moment.”

Auctioneer Louis De Cleene knocked down two Chacco Blues at € 32.000 and even at € 36.000. Topseller, sold to Ireland, was the Chacco Blue x Vigo d’Arsouilles, of whom the mother, Funky Music (1.60m Grand Prix), had already produced two 1.60m Grand Prix horses: the approved sire El Toreo de Muze and Bretling dus Paradis Z. The other one was sold to Canada. We are talking about the Chacco Blue x Balou du Rouet, out of the mother of Zangersheide sire Comilfo Plus Z and the 1.50m Grand Prix showjumping horse Cobalou.

Rob Ehrens
In between auctioning special guest Rob Ehrens, chef d'equipe of the Dutch national jumping team, shared inside information, about sires such as Darco, Casall and Heartbreaker. Pedigrees in hand, he often mentioned horses which had competed for medals with the Dutch team. The Heartbreaker x Cassini I, from the same dam as the 1.60m Nations Cup horse PSG Final, was sold to South Africa for € 26.000.

The Catoki x Aganix du Seigneur from a half-sister of three 1.60m Grand Prix showjumping horses was sold to Denmark for € 19.000. Three lots yielded € 18.000 each and were sold in the Netherlands (Chacco Blue x Cormint from Casall’s half-sister) and in Belgium (Chacco Blue x Harley VDL from the Ta Belle van Sombeke damline, and Conthargos x Kannan from the Qerly Chin family).

A French woman, big fan of For Pleasure, bought two embryos which are related to this top sire. The For Pleasure x Quick Star and the Eldorado van de Zeshoek x For Pleasure were sold to her for € 17.000 euro each.

California
Flanders Embryo Auction hopes to expand shortly with an embryo auction at Desert Horse Park in Thermal, California, USA. The auction - with VIP Champagne brunch - will be organized on Tuesday, 16th of March. The collection there will be unmatched. Luk Van Puymbroeck and Gerald Lenaerts are eagerly looking forward to the upcoming event. “We are still awaiting Corona regulation, but we are convinced that, in America, again we will realize a great auction.” 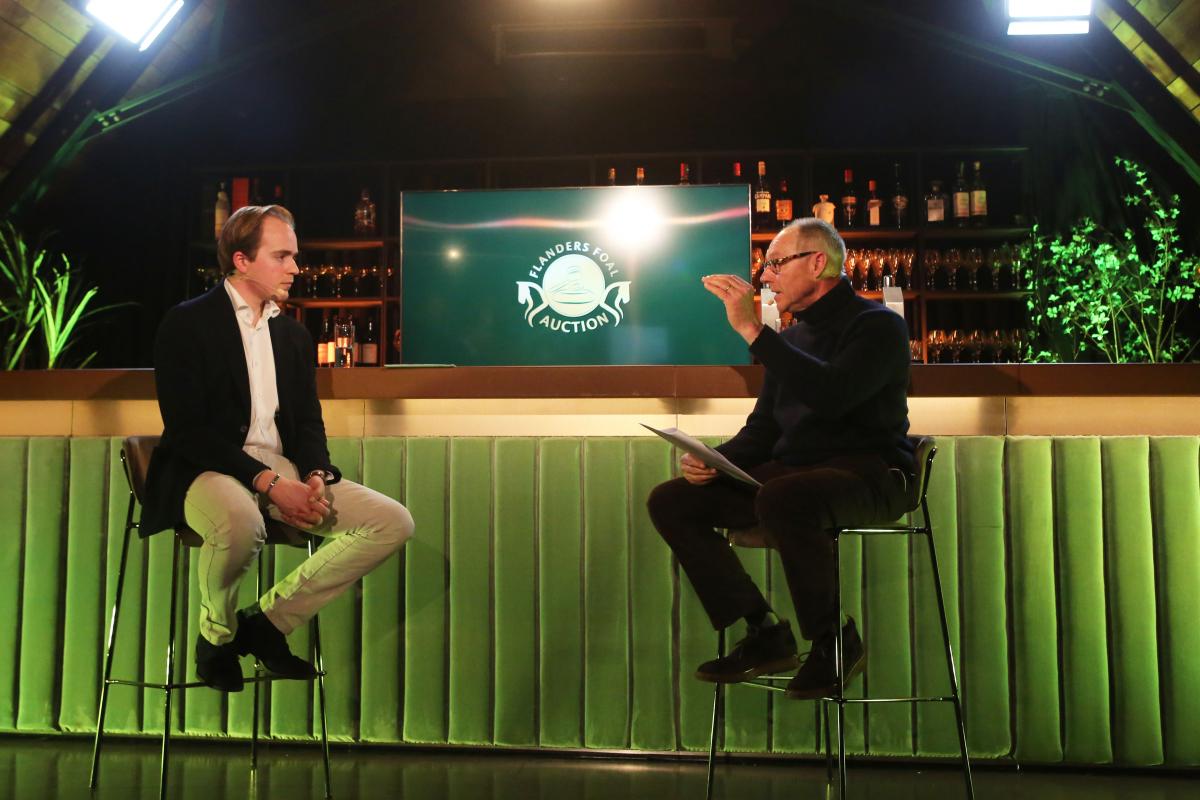