The question whether Flanders Foal Auction wanted to organise an embryo auction on Italian soil did not take Luk Van Puymbroeck and Gerald Lenaerts long to respond to. Fast-forward, Saturday-night 12 November turned into an unforgettable occasion with prices you can only dream of. Of the 32 embryos 29 were sold for an average price of 30,276 euro. The closing duel on the spot between three bidders was the cherry on the pie. A familiar client from the Emirates invested 90,000 euro in the Chacco Blue out of Kirby de Muze and all present joined this party.

One thing is sure: they really know how to entertain at the Tuscan Il Borro. The magnificent and historic Il Borro was bought in 1993 by the legendary shoemaker Ferrucio Ferragamo, who travelled all over the world to supply Hollywood stars with footwear. He built an empire in the fashion industry and his exclusive shoes, handbags and clothing are still in high demand today, going by the name of ‘Salvatore Ferragamo’.

It was son-in-law Marco Debolini, a showjumping rider and passionate breeder himself, who launched the idea to give the horse section at Il Borro a good boost with an embryo auction. “Join the experience”, was the slogan and an experience it sure was! All happened under the supervision of Ferrucio Ferragamo himself and his children and grand-children, who all celebrated the success well into the night.

Via the wine cellars
The welcome took place in the centuries old wine cellars with a cocktail in hand, parading past the oak wine-barrels to the place where quite a number of wine lovers sniff the odour of a good glass of Il Borro wine. Treated to the typically Italian anti-pasti, the guests were guided to the Amphitheatre, beautiful decorated with a wealth of flowers in autumn colors, live music and entertainment. While the gala dinner was being served, auctioneer Louis De Cleene set off.

Emirates
The atmosphere was great straight away and the full brother or sister to H&M All-In (Kashmir Van Schuttershof x Andiamo) was the first to be sold and went to a client from the Emirates, who also always attends the ‘Flanders’ when it is held in Sharjah (UAE). This embryo was knocked down for 38,000 euro. They also bought the Carthago x Nabab de Reve (out of the dam of Darry Lou and F-One USA) for 26,000 euro and joined the bidding battle at the end of the evening for the Chacco Blue x Nabab de Reve out of Kirby de Muze. A regular Flanders client from Norway and the Italians themselves were very interested, but in the end Arabian stamina prevailed with a bid of 90,000 euro.

Six for Italy
As many as 19 embryos were sold on the spot (the remainder online), six of which claimed by the Italians, which illustrates the international buying public. Belgium, with five purchases, was also strongly represented. A regular Canadian client paid 68,000 euro online for the Cash x Carthago, a half-sister to Emerald van ’t Ruytershof. Emerald’s half-brother by Heartbreaker x Carthago will pursue his career in Italy for 60,000 euro. Marco Debolini himself purchased two embryos. Hij had the winning bid of 52,000 euro for the full brother or sister of Mumbai (Diamant de Semilly x Nabab de Reve). The Chacco Blue x Calato out of the 1.60m Grand Prix mare Sea Coast Ferly went to France for 50,000 euro.

Creating a good atmosphere
Initiator and host Marco Debolini was very pleased with the auction. “I received so many phonecalls afterwards. From people thanking me for the great night to reporters here in Italy. To be honest, normally speaking, embryo auctions are a little dull. There is no reason for a lot of preparation or explanation. Anyone visiting an auction like that knows the story of Chacco Blue by now. Our aim was to create a good atmosphere, to offer everybody a night never to forget. We Italians do not have such a powerful auction culture as you do, but having mixed various elements in combination with offering the very best embryos I expect that next year we will have even more interested public!” 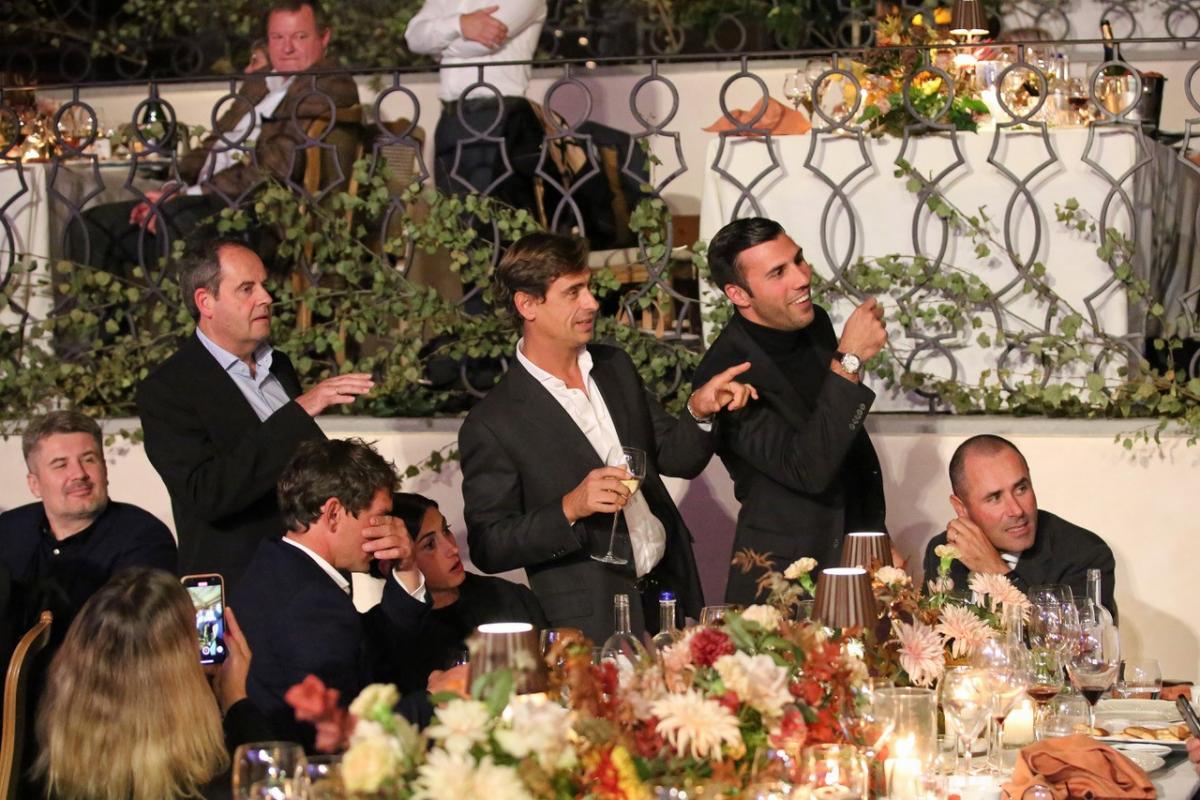