What makes the difference between an embryo auction held abroad and a studio auction held at home? The fact that the concept and reputation of Flanders Embryo Auction is growing exponentially. Saturday 5 February several embryos were sold to the Emirates, that the online auctions for embryos massively ignore. Six of them will go to stables in Dubai or the nearby Sharjah. The total average price was 20,566 euro.

For the first time the Sharjah Equestrian & Racing Club had entered their own embryos, out of 1.60m World Cup Qualifier winners, which produced the top price of 38,000 euro already immediately at the beginning of the auction. There was a bid by telephone from the Netherlands, but club leader Sultan Mohammed Khalifa Al Yahya'ie inspired a local acquaintance to keep the Conthargos out of Cha Cha Cha (Chacco Blue) in Sharjah. The Sultan himself bought the last one in the auction for 24,000 euro, the Chacco Blue x No Limit out of the half-sister of Hickstead.

Although there are not many riders and horse owners from the UAE interested in investing in foals still to be born, their number is clearly growing. This fifth edition in Sharjah also received bids by telephone and online from other countries. An Irish client bought two Mylord Carthago’s for 16,000 and 13,000 euro. Australia made a winning bid of 17,000 euro for the Cornet Obolensky out of the full sister of Conrad de Hus. The Netherlands, Germany, Great Britain and Denmark also claimed several potential jumping talents.

“Over all, we can be very pleased again with the sales, the confidence of the buyers and the fact that we were here again with a great team. We have many more plans for this year, which we will reveal one by one. The power of Flanders are the performance pedigrees and high quality of the foals, but certainly also the regular organisation of auctions at various locations and we will definitely continue working this way”, say Luk Van Puymbroeck and Gerald Lenaerts. 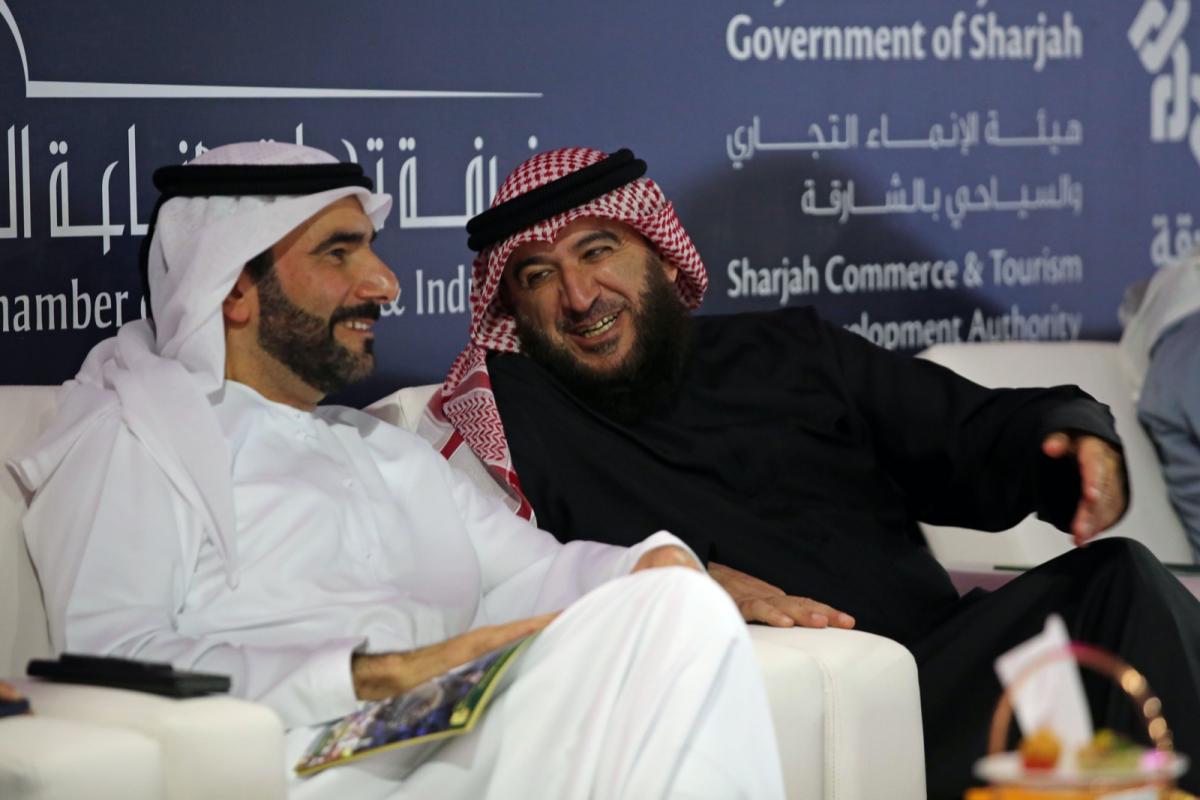 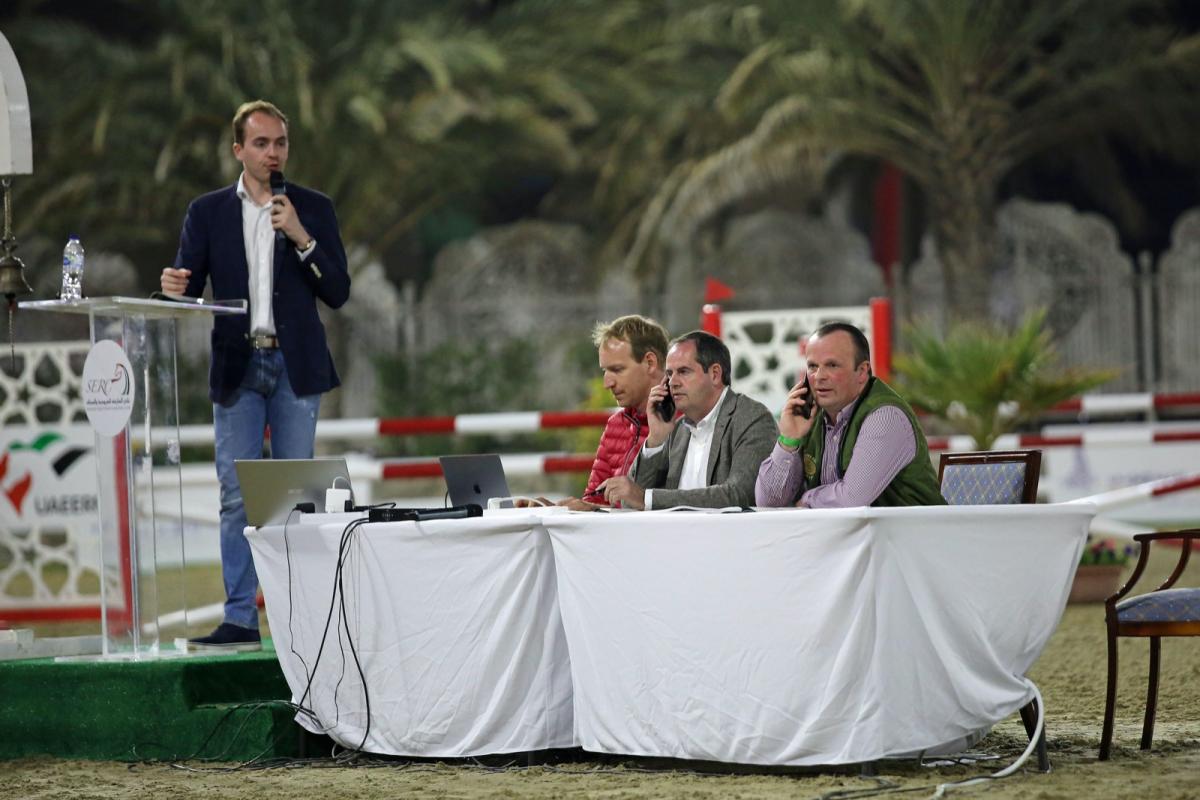 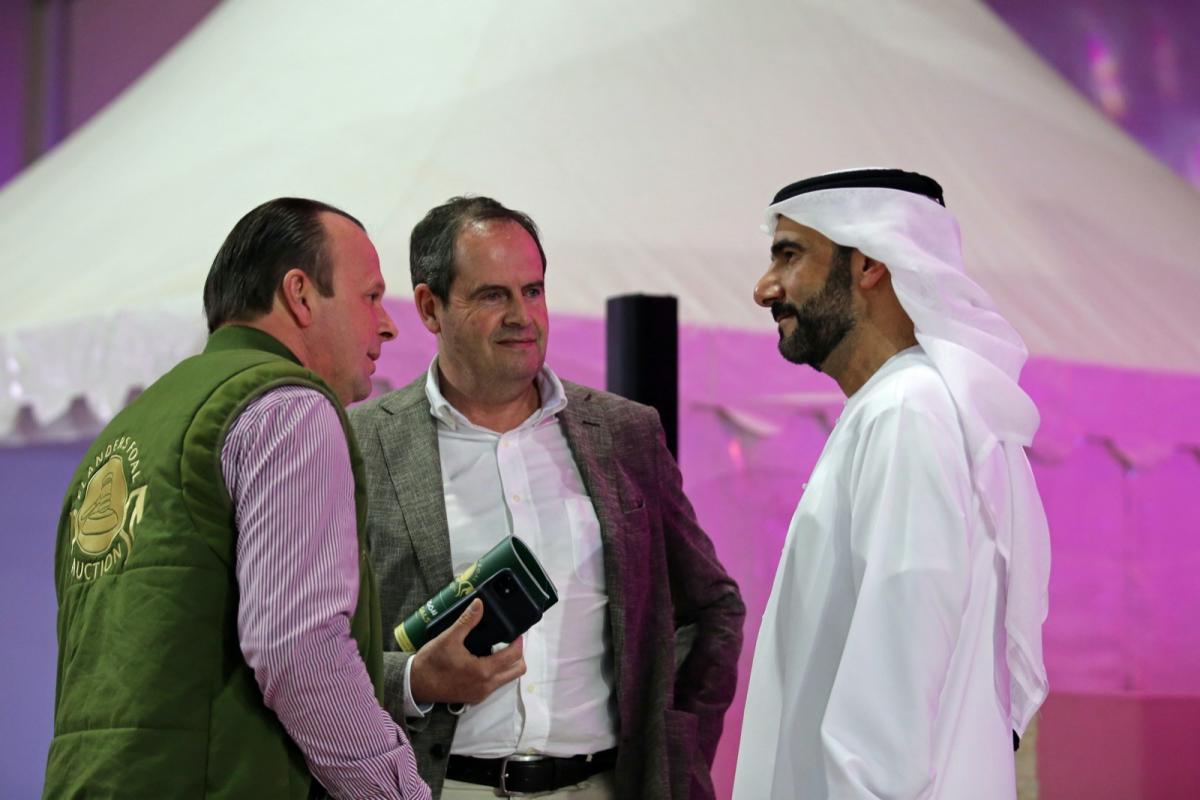