The beautiful stallion Jax LVP (Cornet Obolensky x Lacapo) also stands high in this Hippomundo ranking with a sixth place. Jax LVP was bred by one of the Flanders auctioneers, Luk van Puymbroeck, and was sold to Mike van Belle during the Flanders Foal Auction at Sentower Park in 2015. This year he was, for example, double clear under Melissa Laenen in the final for five-year-olds in Valencia (Spain). 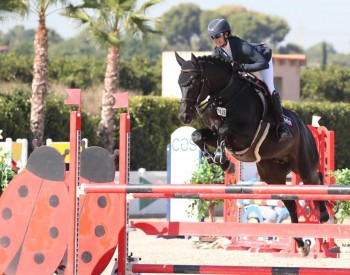