Embryo of Valentina van ‘t Heike for 44.000 euros to Russia

The expectation that there would be a lot of interest for the embryo of Valentina van 't Heike (by Nabab de Reve), the top mare of Jos Lansink, was met with 44.000 euros in Sharjah on Friday. The unborn foal sired by Casall was sold to Russia during the second edition of the Flanders Embryo Auction in the United Arab Emirates.

Dirk Zagers had the honor of auctioning the embryos for a select group of people, a big contrast with the conventional foal auctions where the foals appear in the ring and the audience creates atmosphere. Jos Lansink had to wait until number twelve before he knew whether he would want to let the unborn foal go. A total of fifteen out of twenty embryos were sold and Luk Van Puymbroeck and Gerald Lenaerts were very satisfied with this result. The turnover of the sold embryos was 276,000 euros, an average of 18,400 euros.

"It was hard work. Okay, some embryos went for prices that were below expectation, but with the end result we are very satisfied ", says Gerald Lenaerts. "We are also very pleased that new customers bought by phone, for example from Russia and the United States of America. There will certainly be a third edition in 2019, " Luk Van Puymbroeck tells.

A great investor was Sultan Mohammed Khalifa Al Yahya'ie, manager of the Sharjah Equestrian and Racing Club and promoter of the auction in the Emirates. The Sultan had the last bid five times. The last embryo by Big Star x Cornet Obolensky, grandchild of Walnut de Muze, he signed for 26,000 euros. "And I initially wanted to buy two, a maximum of three embryos," he says. "But my plan changed. The prices were good. Hopefully a future champion is among them ", he laughs. The embryos will be born in Belgium and will be reared at the stables of Luk Van Puymbroeck. "Until they are three or four years old.  Ones under the saddle, we’ll look again what we fly over or sell. "

The 44,000 euros for the Casall out of the Olympic mare Valentina van 't Heike, who already produced two Grand Prix winners, was by far the price highlight of the auction. Just like last year the Portuguese show jumper Joad Marquilhas purchased three embryos on behalf of his sponsor, who wants to make a strong start in breeding. Among them, the Untouchable x Randel Z, bred out of the same mare as the 1.60m Grand Prix showjumping horse Gunder, for 22,000 euros.

For 20,000 euros the Cornet Obolensky x Bamako de Muze embryo was sold to a new client from Alabama (USA). With three 1.60m Grand Prix show jumpers from this dam, expectations are high. Eric Morssinkhof from Paardensportcentrum Lichtenvoorde in the Netherlands had the last bid at 19,000 euros on the embryo of Casall x Quaprice Bois Margot from the top performance damline of Itot du Chateau. Furthermore, embryos were sold to Belgium, Germany, France and Switzerland.

The next Flanders Foal Auction will be held in Ocala (USA) for the first time during Live Oak International on March 16. 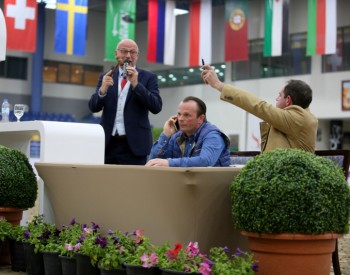 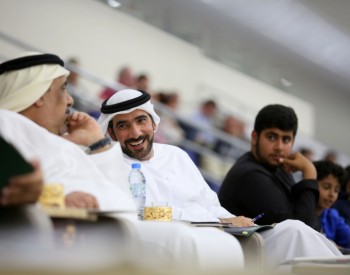