For the first time the Flanders Foal Auction team selected the collection for the Bolesworth Elite Auction. They really surpassed themselves for this 3rd edition. Record after record was broken on this beautiful summer evening on the grounds of the British Barbour family castle. For £ 92,000 and £ 62,000, a Saudi Arabian horse owner purchased the colts Tinka's Star (Big Star x Tinka's Star) and Crunch van 't Ameldonk Z (Comme Il Faut x Diamant de Semilly). He also added the colt by Big Star x Champion du Lys to his collection for £ 28,000.

With a turnover of £ 450,000 (513,000 euros) and an average price of £ 25,000 (28,500 euros), thanks to auctioners Dirk Zagers and Stuart Hassall, Bolesworth's history was written. "This is not just our personal record, but also a record here in England. This is the first time so much is payed for jumping foals at a British auction, "says Luk Van Puymbroeck on behalf of the Flanders Foal Auction team. "An auction collection like this has not been shown here before," said colleague Gerald Lenaerts. "We knew in advance that there was much interest and you can not wish for a better location, but we did not expect this turn-over either. What a night."

Also the Belgian farrier Bart Bommere, who auctioned a foal for the first time, was overwhelmed by the £ 62,000 (70,680 euros) for his colt by Comme Il Faut. For £ 38,000, BP Golden Moments, the son of Stakkato Gold and 1.50m jumping mare Ballypatrick Flight from Greg Broderick, was sold to Ukraine. Broderick's other foal, BP Super Kal-Ei, a Stakkato Gold, was sold to Kevin Babington for £ 26,000. Not strange as Babington successfully competes at 1.60m level with Super Chilled, the dam’s full brother.

The half-brother of the famous Grand Prix horse Hello Sanctos was knocked down for £ 24,000. Hostess Nina Barbour was lost for words after the action. "I really did not expect this. Overwhelming. It was crazy! " 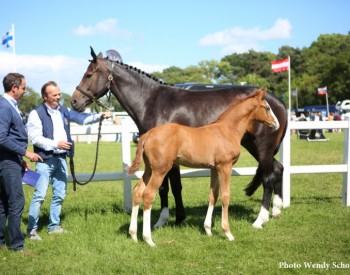 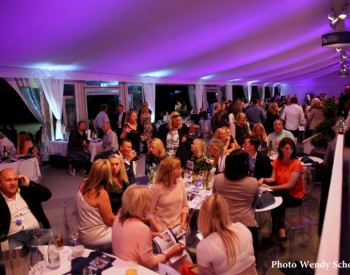 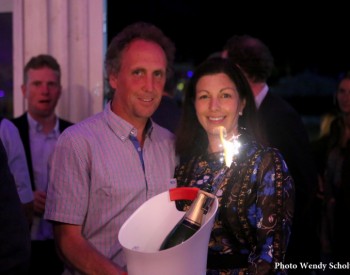 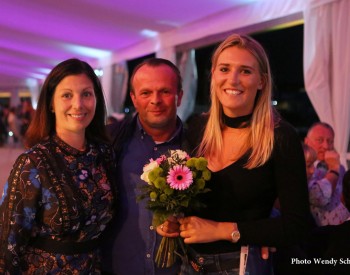 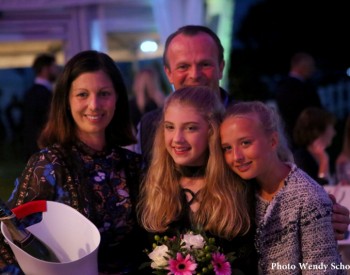 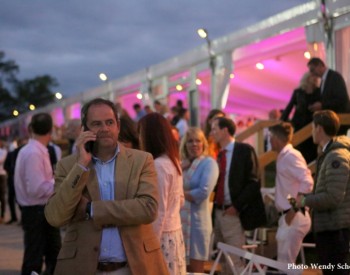 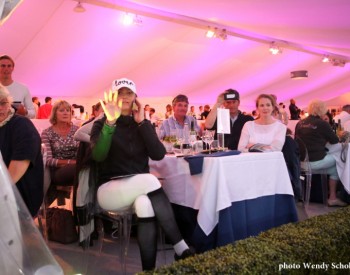 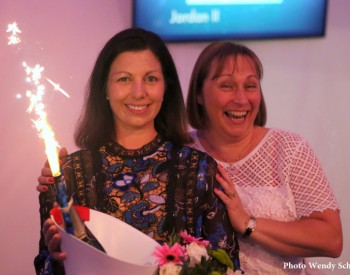 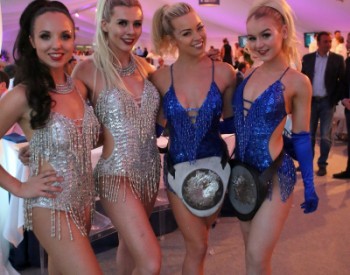 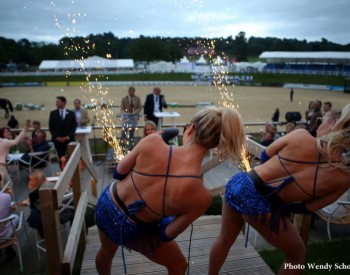 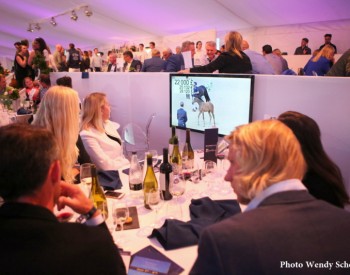 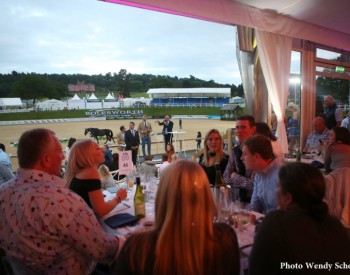 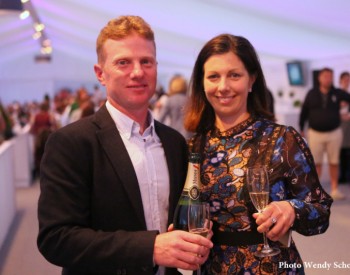 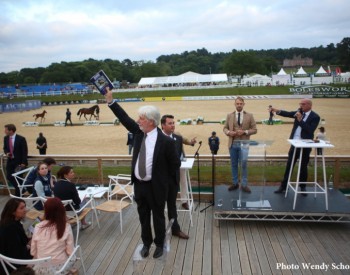 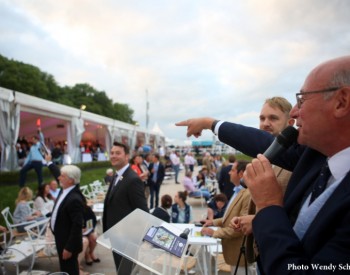 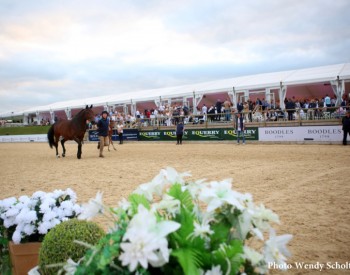 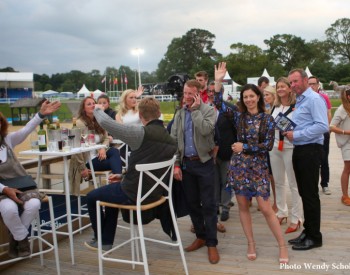 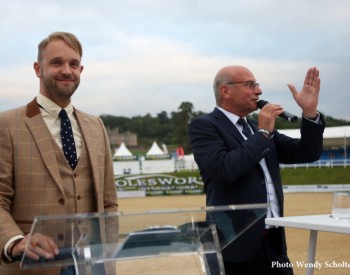 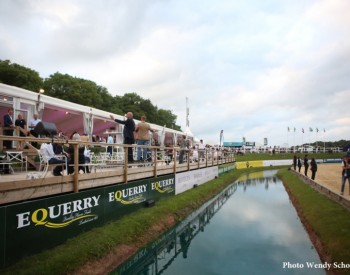 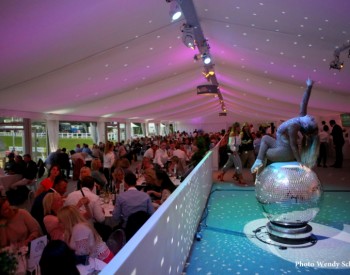