Foals from the best European mare lines are sold worldwide by the Flanders Foal Auction team through various foal and embryo auctions, but at Jumping Bonheiden Belgian horse owners made sure that not all the best foal material left the country.

15,770 euros average
On Saturday evening no less than fourteen of the 26 sold jumping foals got a new Belgian owner and there was serious investment from the packed, atmospheric VIP-lodges. The foals realised a turnover of 410,000 euros, which meant an average price of 15,770 euros per foal. Clients from the United States of America, China, Chile, France, Dubai and Denmark also purchased foals.

Auctioneer Dirk Zagers sold seven foals between 20,000 and 25,000 euros. The only one in this elite group who will be leaving Belgium is Arnica Z (Apardi x Lavaletto), half-sister of the 1.60m GP horse Fascination with Sven Fehnl. This charming filly, bred by Luk Van Puymbroeck, was sold to Switzerland via the new online auction system.

Morssinkhof
Luk's auction partner Gerald Lenaerts also hit the spot with his own foal, who was declared most beautiful of the auction. Carlotta van Overis Z (Conthargos x Amaroso van de Helle), closely related to a large group of 1.40/1.45m level show jumping horses, will go to the brothers Rolf and Eric Morssinkhof for 23,000 euros. Rolf's daughter Evy signed the papers and already sees herself in the saddle, but the other Morssinkhof children who would like that.

Two for 25,000 euros
For 24,000 euros, the ¾ brother of the 1.60m Grand Prix stallion Casallo Z was sold, the beautiful Casillo HP (Casall x Guidam x Carthago Z). Two foals went for the top prize of 25,000 euros. One of them is Clair Z (Cornet Obolensky x Casall x Capitol I), a half-sister of the 1.55m level showjumping horse Carressa Z ridden by Fabio Crotta. Dynamit (Diamant de Semilly x Cassini I x Landgraf) out of the half-sister of the 1.60m GP horses Cassano II and Cezanne is also kept for the Belgian sport for 25,000 euros.

Gregory Whatelet
For 18,000 euros top rider Gregory Whatelet invested in Instinct un Prince (Cornet Obolensky x Dollar de la Pierre x Landgraf I), also a stunning foal with his looks. His popularity is also due to the fact that his dam is a half-sister of the top stallion VDL Groep Verdi TN.

"The results of this auction is amazing again", Gerald Lenaerts and Luk Van Puymbroeck say afterwards. "We are very satisfied. We have achieved very good prices overall and everything has been sold very quickly, with a few exceptions. It has never happened before that we had so much demand in advance for the foals, especially here at the show itself. We were curious what would happen online. Many people had already registered beforehand and during the auction we received several online biddings. It has absolutely supported the auction and three foals have been sold via the internet. This will only grow in future, we think. "

Beautiful types
The collection of Bonheiden was a very attractive one. Besides pedigrees full of performance genes Lenaerts and Van Puymbroek selected on types of the foals. "And that was rewarded", auctioneer Dirk Zagers observed. "It is not just a glorious pedigree with lots of sport results. More than before, the customers now also looked at the model of the foals and the most beautiful foals were paid for most. "

The fifth and final Flanders Foal Auction this year takes place on 13 September in Opglabbeek. 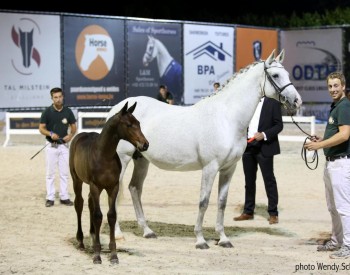 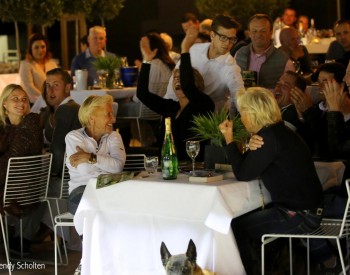 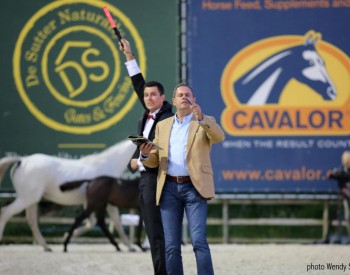 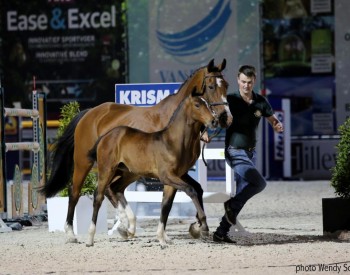 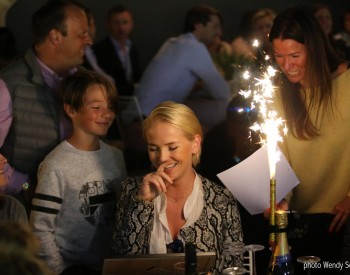 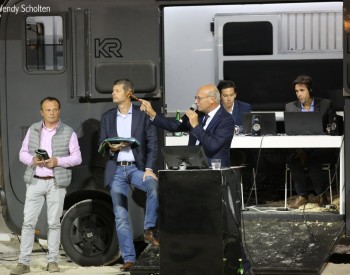