Why invest in an embryo via Flanders Foal Auction when you can also buy a foal? The reason is that jumping foals with very exclusive bloodlines are difficult to buy or change hands only at exorbitant prices. The Russian Sergei Nabatnikov made his move at the embryo auction in Sharjah (UAE) and has no regrets about his purchase.

BWP Stallion Selection
Cavalier Russe Z, the three-year-old son of the top stallion Casall out of the well-known Grand Prix mare Valentina van 't Heike, convinced everyone at the BWP stallion inspection and has been invited for the third phase. The chestnut stallion stands out with his large-framed model, suppleness in movement and reflexes and scope on the fence. He has everything to be an asset to the sport and breeding, entirely according to expectations given his pedigree.

44.000 euro
Cavalier Russe Z was sold in the Emirates for 44,000 euros as the most expensive embryo, but its value has multiplied, making it an appealing example of why it is interesting to buy an unborn foal with a special pedigree.

Jos Lansink
It was Jos Lansink who introduced the embryo to the Flanders Embryo Auction. “Normally offspring from a mare like Valentina is not for sale. When the foal was born, I would have kept it and later given him or her every opportunity to develop optimally as a sport horse. You just believe in that. It is hardly possible that the offspring is not good ", says Jos Lansink.

“In the end I said yes to the auction because I still have two embryos from Valentina. Gerald Lenaerts and Luk Van Puymbroeck insisted on selling it in Sharjah. They wanted it so badly in their auction.“

Olympic Games
Valentina van 't Heike (Nabab de Reve x Lys de Darmen), bred by Karel Boonen, is a very valuable mare for Jos Lansink in every way. "Second in the Global Champions Tour final, she jumped at the London Olympic Games and won a medal at the World Equestrian Games. In addition, she has already proven herself as a broodmare through Epleasure van 't Heike and Boomer van' t Heike. They won a Grand Prix on the same day. How many Grand Prix mares breed that well?" 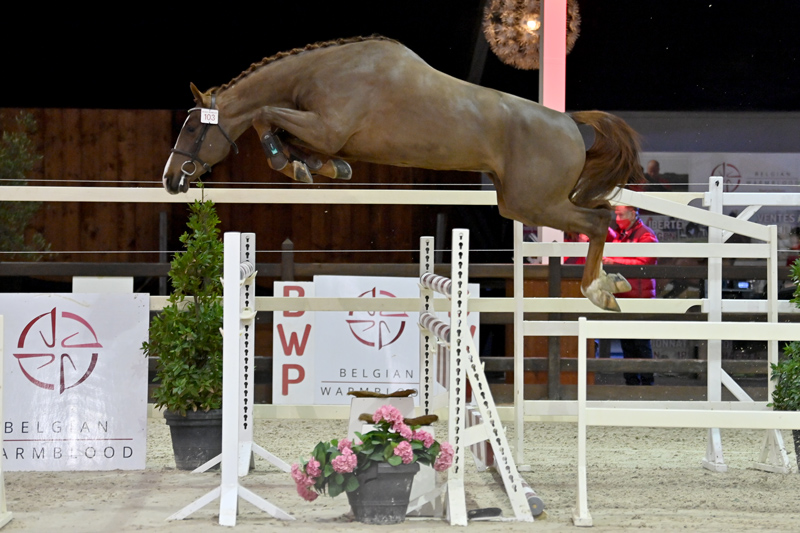